Beyond the Pit: Old School Art and Hideous Monsters!

Great and terrible flesh-eating beasts have always shared the landscape with humans... (Quammen, 2003) 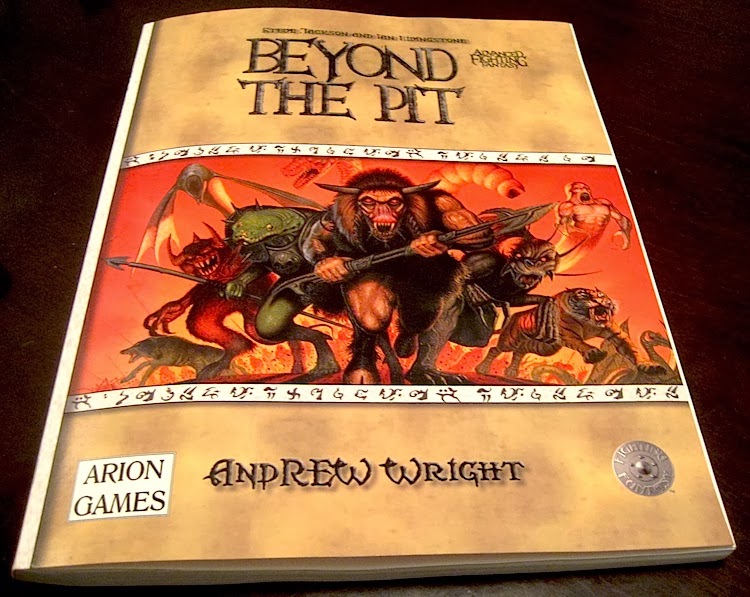 Well, it took a bit over two years to get done, but Beyond the Pit is finally finished. When I originally agreed to write it for Graham Bottley's Arion Games and their second edition of Advanced Fighting Fantasy I knew it would be a big undertaking, but I probably underestimated just how big it would be! I should have considered the fact that if Marc Gascoigne never wrote a follow up to his own Out of the Pit then there must have been a good reason.

And there was. Basically, the simple fact is that trying to compile a bestiary of at least 250 monsters drawn from random paragraphs scattered throughout well over 60 gamebook canonical sources, while trying to keep each creature entry informative and interesting, is a big task! Not to mention all of the extras: treasure tables, encounter charts, Advanced Fighting Fantasy rules, and Fighting Fantasy canon consistency. Still, it's done, and I thought I'd share a few snippets about the product and the process.
Having said all that, I am very very happy with the final product. I think it stands up well as a companion to Out of the Pit, and provides definitive information on a horde of Fighting Fantasy beasties that were screaming out for their own official Advanced Fighting Fantasy treatment. I hope I've walked the fine line between a useable monster manual and a canonical sourcebook, while providing plenty of ideas for how the various creatures could make an appearance in a game or campaign. Despite the lengthy timeframe, and the workload (on top of family commitments, studies and my day job!), I thoroughly enjoyed myself writing this folio of fiends, and, well, who knows, there may certainly be a third volume to write yet! After all, there are plenty more monsters where these horrible creatures all came from... 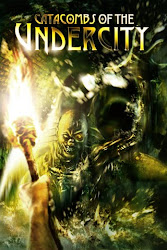